Feature Story: A Look Inside the Canine Mind 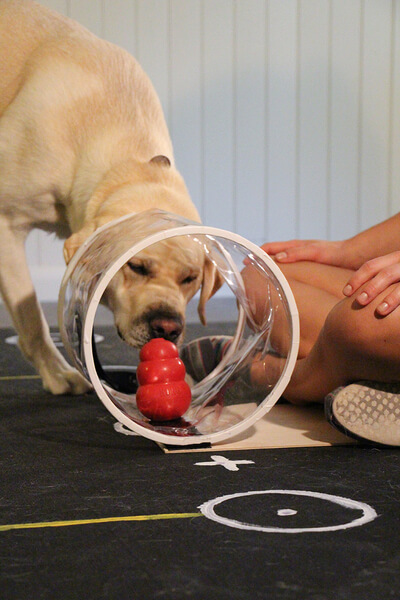 A Look Inside the Canine Mind

In the Haury building on the University of Arizona campus, Evan MacLean turns to his fellow researchers and asks them a question he must ask them often. It is a question upon which much of their work as scientists depends. A question, which can only hove one right answer:

“Do you guys want to play with dogs for a few minutes?”

MacLean is the director of the Arizona Canine Cognition Center, formed in 2016. Researchers in the center examine the evolutionary processes and the reasons behind the way dogs think. Playing games to test dogs’ memories and other cognitive abilities may be a thankless task, but someone has to do it. And what better team than a group of researchers who attended some of the most prestigious universities in the country?

MacLean graduated from Duke; laboratory coordinator Averill Cantwell is a Harvard graduate, and Gitanjali “Gita” Gnanadesikon, a PhD student at UA, did her undergraduate degree at Princeton.

One reason the group studies dog psychology is part of a larger effort to study human psychology and evolution, not only over millennium, but over individual lives: How do babies transform from tiny, helpless creatures into fully-functioning adults?

One important step on the road toward language and adulthood for humans, said MacLean, is the ability to point and use other gestures, and to understand those gestures from other people. In this respect, dogs are even more similar to humans than primates—if you hide food in one of two places and point to the correct place, apes don’t understand what your pointing gesture means, but dogs do.

“Dogs are really interesting to us because when you look at them, they seem so diverse, and we don’t know if they see the world in different ways,” MacLean said. “People talk a lot about dogs as a species, but they’re all different, just like humans.”

Something most dogs—and humans—have in common, however, is that oxytocin levels in both species increase when humans and dogs interact. Oxytocin is popularly known as the hormone that makes people feel warm and fuzzy when they’re bonding with their newborn children, or a long-term partner. But more than that, it’s actually connected to overall health. It is involved in things such as blood pressure levels, wound healing, and even mitigating the aftermath of an event like a heart attack.

“Having a pet dog is actually a fairly good predictor of how people recove from something like that,” MacLean said.

The researchers study factors such as oxytocin levels by taking saliva samples from dogs. They study concepts like memory and habit-forming by directing the dogs to do simple tasks, using treats as incentives. Cantwell brought her dog, a black lab named Dobby, into the office to demonstrate some of the tricks.

“Dobby, look,” announced Gnanadesikan, holding up a small treat, then hiding it under either a cup on her left or a cup on her right. When Cantwell let go of Dobby’s leash, he went straight for the cup with the treat. The same thing happened when Gnanadesikan erected a small barrier, hid the treat under a cup, then mixed up the cups. Dobby couldn’t see where she hid it, but when she pointed to the correct cup, he went right to it.

In a game called “Memory,” Gnanadesikan set up four cups, then hid the treat under one of them, making sure Dobby saw where she put it. Cantwell held Dobby by his leash, then set a timer for 20 seconds. She let Dobby go at the end of 20 seconds, and he went straight for the treat. When they did the same exercise, but set the timer for 40 seconds, Dobby grew restless—he started turning around, exasperated, and when he was free to go get the treat, he was more hesitant about where to find it.

The researchers said this is typical for many dogs: Their attention span seems to hit its limit somewhere between 20 and 40 seconds, and many of them forget where the treat is at the end of 40 seconds. Puppies, on the other hand, often have attention spans of only about seven seconds. Canine researchers are in the early stages of investigating how dogs change over their lifespans, in hopes of someday treating conditions like canine dementia.

Members of the community can contribute to this research by volunteering to bring their dogs in for tests. In fact, all the studies the center does, which generally take about an hour, are performed on dogs brought in by community volunteers. While the researchers run through tests, the dog owner sits in the next room over and watches the dog play games on a screen.

“Pet owners get to see their dogs solving problems that they’ve never seen before,” MacLean said. “We watch our dogs all the time – all our lives – but we hardly set up these tests for them to see how their minds work.”

Part of the group’s work is an effort to identify which dogs are most likely to make it through assistance dogs training programs – not every dog who starts off in a K9 unit training program or a seeing-eye dog course finishes their training. The team hopes their work will increase success rates by more accurately identifying which dogs will be successful.

Whether they’re cut out for a life of service or not, dogs can always be counted on for their role in making their owners happy by providing a type of social support, a warm and fluffy snuggle partner, and a friend who seems to always understand how its owners are feeling. MacLean and his team are at the forefront of the effort to make sure we understand our pets just as well as they understand us—by conducting rigorous studies, recruiting volunteers, examining data, and sometimes getting down on dogs’ level.

“One time, we were doing a study looking at oxytocin,” he said. “Basically, my job was to lay on the floor with a bunch of Labrador retrievers and pet them for ten minutes at a time. That was pretty surreal that that was for research.” 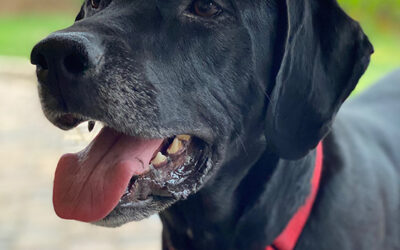 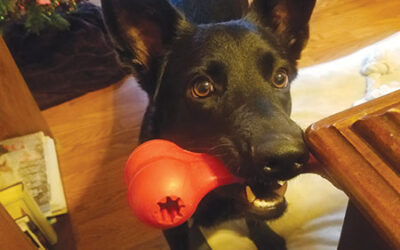 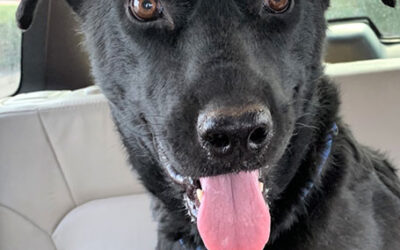