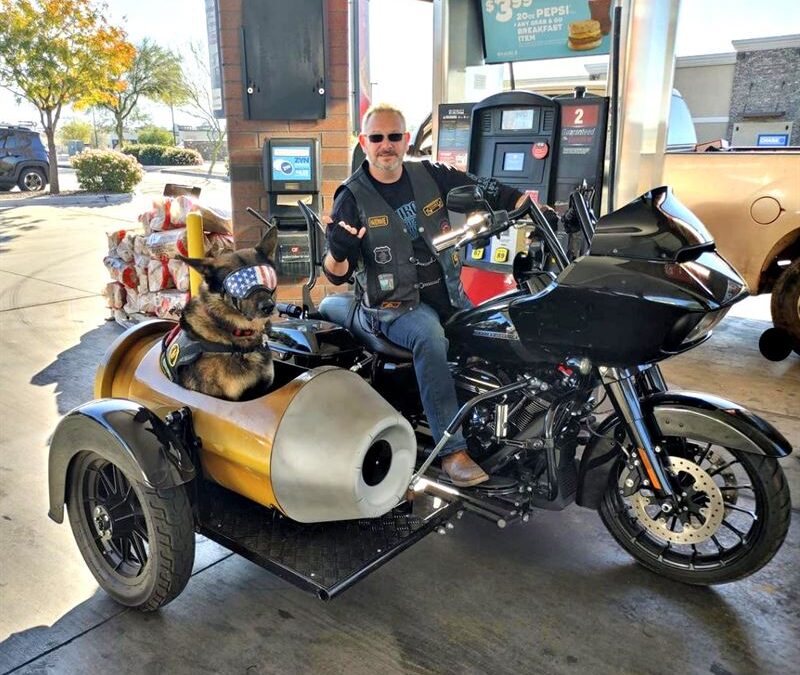 Story by Rebecca West,   Photos courtesy of Michael Thomas
You’ve likely seen them around Tucson. Whizzing by in traffic, saddling up in a parking lot, or maybe right next to you at a stoplight. To some extent, the dynamic duo with the distinctive bullet-shaped sidecar have actually become what you might call local celebrities for the striking path they cut about town. Their names are Mike and Scott, and they ride a 2018 Road Glide with a custom sidecar. It’s a one-of-a-kind creation with a lot of gawker appeal. In fact, the twosome can’t go anywhere together without drawing attention to themselves. Here’s how their story began.

Mike is a disabled vet who was injured many years ago while prepping for Bosnia and Somalia at age 25. He’s had multiple surgeries with rods, screws, wires, and what have you in his back and neck. He received a medical discharge in 1999, but five years later, he was rear-ended in a wreck that caused additional injury and the need for more surgery. Seven years ago, as it became more and more difficult to ambulate steadily, his doctor recommended he get a task-support service dog to aid him. Mike was having difficulty walking and he risked falling down. His wife, Autumn, agreed it would be a good idea, as lifting Mike on her own was tough. With his mobility and stability issues mounting, it seemed the only option.

A year later, they found Tre’Good German Shepherds, a breeder in Arizona specializing in raising highly trainable, intelligent, and naturally protective dogs. During their visit they found Scott, an adorable German Shepherd fluffball Mike instantly felt a connection to. Too young to take home, Mike returned when Scott was 11 weeks old, and the two have been inseparable ever since. As it turns out, Mike did all of his own training with Scott, and by 4 months old, he was ready to roll. This is an extraordinary feat for both a dog and a human to accomplish in such a short time. But once Mike felt Scott was ready, he took him to Gentle Hearts in Sedona, where they tested him for performance.

Scott, being Scott, passed with flying colors. All service dogs must be able to perform two services that their handler cannot do on their own. The dogs are subjected to lots of tasks and things like loud noises before they’re given the green light to act as service dogs. Scott is such a natural he’s trained two other dogs to perform their duties as well. He’s also been the subject of a linguistics study due to his uncanny ability to seemingly understand without much more than a whisper or simple turn of the head. Scott’s lineage may have something to do with it, as his father attained the highest level of therapy dog status, and his mom is a diabetes service dog. So, it runs in the family.

About five years ago, Autumn encouraged Mike to look into taking a motorcycle safety course to start riding. That suggestion was the beginning of Mike and Scott’s road to stardom. Mike bought a Dyna Low Rider from Old Pueblo Harley-Davidson in Tucson. Aware that he was looking for a sidecar, they notified him they were in possession of a repurposed toolbox that had been turned into a sidecar by its previous owner. Upon seeing it, Mike was stoked. Unusual in look and utility, it was the perfect size for his constant companion Scott, who by this time was his shadow. They ran together on that bike until Mike was T-boned by another rider in May of 2018 during a Memorial Day run.

Not to be deterred, Mike purchased a 2018 Road Glide Special from Tucson Harley-Davidson, but this time he would have a custom sidecar built specifically for Scott. And what a sidecar it is. Distinctive, as we mentioned at the outset, it was fabricated by Dan Jackson, a guy Mike and Autumn volunteered with at their local DAV. Dan offered to help Mike build what’s come to be known as “the bullet,” and for good reason. It’s not merely shaped like a cylinder; it’s actually got a snub nose and flat back like a gun shell. As Mike tells it, he had the idea, and Dan had the equipment and talent for the job. The end result is nothing short of artistic perfection.

Now, Mike and Scott hit the road regularly, attending local and out-of-state biker events like the annual Sturgis rally in South Dakota, where they’ve been a big hit with fellow motorcyclists. Their plan is to continue doing so every chance they get. You can follow them on their SM accounts under the name @scottbulletdog or watch their popular YouTube videos at Scott Tre’Good Shepherds or Tre’Good Scott. Finally, Mike wants other AZ vets to know that if they need help with training, he and Scott are always available. 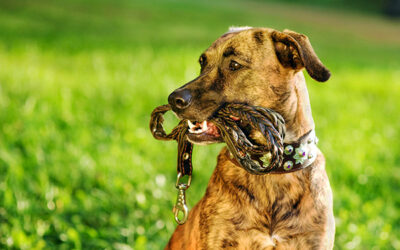 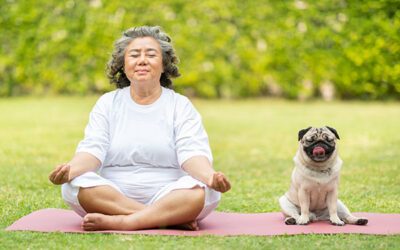 How to Select the Ideal Canine for the Family 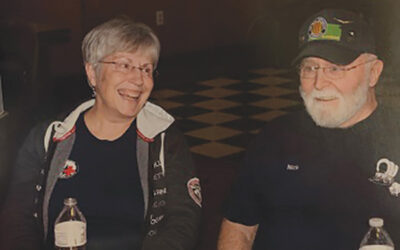