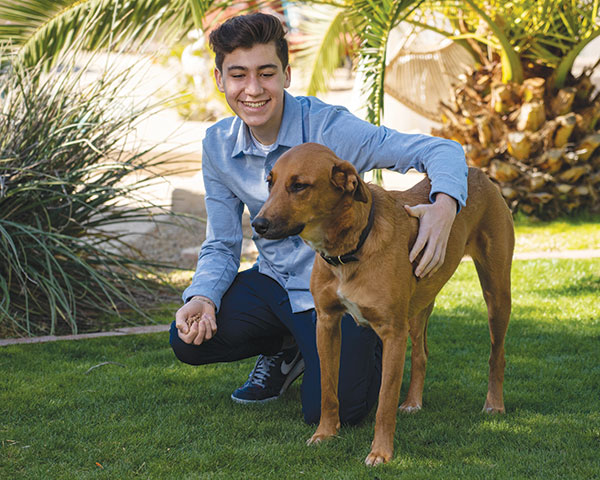 For much of the U.S., watching an impending storm raging through the South or barreling up the Eastern Seaboard is a dissociative experience. There’s a certain amount of head-shaking as to why people live there, thoughts of “better there than here,” and “those poor people.” But most forget about it within a matter of hours, unless it’s somehow affected them directly (they own property in the storm’s path or loved ones reside there).

There are those, however, who feel the need to help in some way — albeit usually from a safe distance. Donations of water and goods come rolling in to help those unfortunate souls who have sustained loss. But few people consider traveling to the ravaged areas themselves. That’s not how one 5th grader in Arizona rolled after seeing the carnage and devastating flooding left in the wake of 2017’s hurricane Harvey in Texas and Louisiana.

Instead, he not only took it upon himself to raise funds for relief efforts, but he also informed his parents that he wanted to buy a plane ticket to Houston to personally deliver the money himself. The cause he chose to support was in aid of the countless animals in need there and the organizations trying to facilitate their rescue. The images the 11-year-old had seen on television had deeply affected him, starting him on a journey to improve the animal/human condition. That remarkable boy was Dylan Capshaw of Scottsdale, Arizona, founder of the Dylan Capshaw Wildlife Foundation.

Enthusiasm, dedication, and passion best describe Dylan, who’s devoted nearly every spare moment of his young life to the advocacy of animal welfare since that time and, more recently, to COVID-19 frontline workers. The latter of the two causes has also worked into a nonprofit, but we’ll get to that later.

The first, the Dylan Capshaw Wildlife Foundation, is a nonprofit working to save animals in crises. At the time that he embarked on what’s likely to become a lifelong effort, he and his family had two dogs of their own, not the menagerie they oversee now. Accepting donations through word of mouth back in 2017, he was able to raise $1,500. Not bad for a 5th grader. He has been fortunate in having two terrific parents, David and Amy, who both support and encourage Dylan’s dreams. One of his quests is to inspire youth to take charge and pursue their passions.

The money raised was eventually donated to the Rescued Pets Movement, a smaller Houston shelter whose goal is to relocate homeless animals for a second chance at happiness within a stable and loving forever home.

“I recognized the need for outside help with all of the dogs and animals struggling in the water from all the flooding. Many of them appeared to be abandoned or lost. I knew that for me, even though I was a kid, it was time to take charge and help out however I could. That’s how I got started.”

In the early days after his 2017 donation, his endeavors mainly revolved around raising money for rescues and elevating awareness for the organizations involved. It didn’t take long, though, before he began to make a name for himself among animal welfare advocates. In fact, his very first rescue stemmed from a phone call related to help with a dog in New Mexico who’d been discovered in a trash can. It gradually snowballed from there.

Now, he has between 50-60 animals personally under his care, including two aviaries, a reptile room, a hedgehog, prairie dogs, and tons of other critters. He’s even got a 24/7 phone line set up for help with answering questions the public might have, and he sends out newsletters people can sign up for via his website — which, by the way, he designed himself!

Accepting pretty much everything, Dylan is the last hope for many people with rescued animals who have nowhere else to turn. Noting that 70 percent of them come from out of state, his foundation even covers transportation costs. His most exotic rescue to date is a baby girl kangaroo named Jade from an animal ranch in Texas. Rejected at birth, the tiny glob of pink flesh with its eyes fused shut needed to be cared for round the clock, with Dylan having to set his alarm at night for hourly feedings. The dedication paid off, as Jade will be 2 this April.

As far as the rescue aspect, his next goal is acquiring more property for a sanctuary beyond his parents’ home. As you can imagine, he’s pretty popular at school with all of the wildlife he’s in charge of, and lots of kids want to volunteer. Beyond that, they’ve also been inspired, which is something he feels good about. When we asked him if he’d always had a fondness for all creatures great and small, he admitted that up until he was 7 years old nearly every weekend was spent at some sort of a zoo, so, yeah.

As cool as it sounds for a youngster, it’s not all fun and games. In fact, it’s very much like living on a farm. Dylan is up between 5-6 a.m. every day to start caring for the animals and ultimately spends five hours a day on their feeding, care, and maintenance. Add that to his school work, and he’s obviously one busy teen.

Another obvious is that as a kid he doesn’t know everything there is to know about the critters he rescues yet, so he’s been fortunate to be able to turn to the Arizona Exotic Animal Hospital, who he says have been amazing in all their help, and Liberty Wildlife in Phoenix regarding advice when he’s at a loss. He is extremely grateful to both institutions.

Additionally, the Dylan Capshaw Wildlife Foundation takes part in fundraisers and sponsorships, and he’s even adopted a stretch of road for upkeep because he believes that having a trash-free planet is key to keeping animals safe. It makes sense. As to fundraisers, he tries to do one big event a year, and 2020 was all about the Australian wildfires. He had intended on going to Sydney in April of 2020 to deliver the monies he’d raised, but his plans were unfortunately disrupted due to COVID-19.

Which brings us to his second nonprofit organization. Back towards the beginning of the pandemic, Dylan learned how to make masks and face shields with a 3D printer and soon launched the nonprofit For the Frontline, which has sent over 3,000 pieces of personal protective equipment (PPE) to those on the frontlines across America, gaining him more national recognition.

“I saw that there was a PPE shortage and that the frontline workers that were out there helping us couldn’t go home to their families. So, I started making them, and we sent out thousands of care packages.”

On the local home-front, he’s also delivered catered food to five different fire stations and two COVID ICU wards in hospitals across the Valley after partnering with various restaurants. If you’re starting to feel like a slouch right about now, wait for it. It gets better: Dylan is also the driving force behind a new and very affordable PPE vending machine called the Sanitation Station located in the Scottsdale Quarter. The first of its kind, it was unveiled on December 4, 2020.

The icing on the cake is that Dylan’s hard work was recently recognized by his becoming one of 20 finalists for the first-ever “Kid of the Year” honor sponsored by Nickelodeon, Time Magazine, and Time for Kids in 2020. He was initially nominated by a family friend for the wildlife work he was performing and then gained recognition for his PPE efforts. Over 5,000 nominations from all over the country came pouring into the first-time event, which makes his becoming one of only 20 finalists that much more impressive.

“I considered it a real honor, and it’s been really amazing to be included in it, especially considering all of the other finalists and what they’ve done. Seeing everyone and what they’ve accomplished is just so incredible. Nickelodeon and Time recognizing young people making a difference feels so great. It’s been really wonderful.”

His competition was tough, filled with smart, conscientious overachievers all striving to bring about positive change for the planet and its inhabitants. For his part, when looking forward, Dylan stated that he’d very much like to keep his animal rescue work going. Then came a rather surprising revelation: he’s also eyeing a future career in Arizona politics to realize some of the changes he’d like to see come about on a local and national level.

When asked what role he felt he could play in the government arena, true to form, he envisions making a difference with animals and environmentally. He points to simple things we can all do right now, like eschewing plastics and other small steps to bring about greater long-term sustainability. Another suggestion he made is making the right choice even when no one is looking. It’s hard to believe he’s only 14.

Our final question posed to the teen influencer was whether or not he had a message he’d like to share with others, and without skipping a beat, he declared, “It’s never too soon or too late to make changes reflecting your passion. Regardless of your age or when you start, nothing is too big or small to pursue or accomplish.”

By the way, Dylan doesn’t just want to be a politician in the House or Senate. Oh, no. He wants to eventually become governor of Arizona, and we can absolutely see him accomplishing this in the not-so-distant future. Kudos, Dylan, for always aiming high!

For more information on this remarkable young role model’s animal foundation, it’s work, and how you can help, visit: dylancapshawwildlifefoundation.com. For his pandemic efforts, visit: forthefrontline.org. 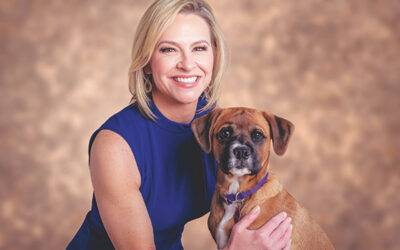 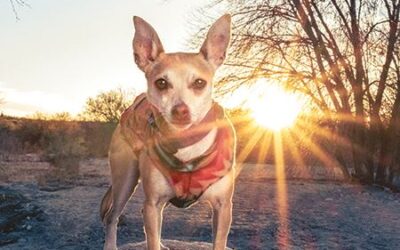 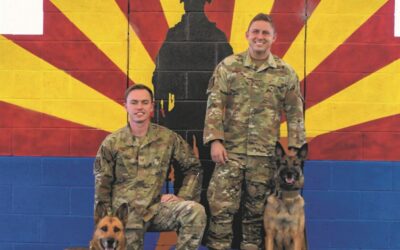