Traveling Miles to Repair a Smile 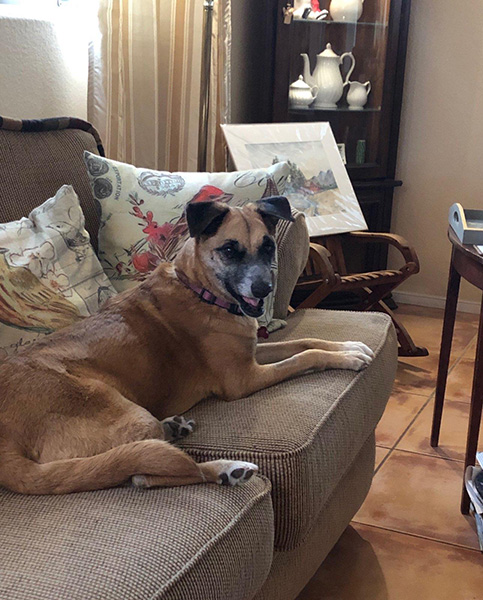 After five months and three major dental surgeries, and thanks to the help of Cherished Tails Senior Sanctuary, Lilly finds a home.

Leticia Reyna’s heart broke when she first saw a photo of Lilly, a dog staying at an animal shelter in Hermosillo, Mexico. Lilly was so thin that you could count her ribs, she had worms, and it looked like she had a broken nose. The shelter found her on the street, crying, and it seemed to them her puppies had been taken away from her. Their guess was she was about 8 years old.

Reyna turned to Pauline Haas-Vaughn, the director of Cherished Tails Senior Sanctuary, a Tucson rescue that provides homes for senior dogs and middle-aged dogs with medical conditions, founded in 2017. Pauline agreed to sponsor Lilly’s medical bills if Reyna fostered her until she found a permanent home.

Once she made it to the United States, Lilly’s situation turned out to be even more complicated than they expected. She was a survivor of distemper, a highly contagious, often fatal viral disease that affects multiple organs. She also had tick fever. The first veterinarian they met took a look at her teeth, and said she was probably only 5 or 6 years old but looked older because of her health issues. But her teeth were also in poor condition, so they did an x-ray.

“What we found out was she basically had no hard palette, and she had all these big huge holes between her nasal cavity and her mouth, so bacteria was getting in and food was getting back and forth,” Haas-Vaughn explained. “It was probably the result of the distemper. The distemper really eats away at their teeth and their bones.”

They turned to Rocco Mele, a Doctor of Veterinary Medicine at VCA Valley Animal Hospital and Emergency Center, who agreed to take care of Lilly, by removing her teeth and performing surgery to close up the holes in her mouth. Her skin was so fragile and sensitive that one of the holes reopened, so, after she’d healed from her first surgery, she had a second one. Haas-Vaughn said that, while there were times Lilly had less energy than others, she always had a sweet temperament, and got along with other animals and people of all ages.

“She was so sweet through the entire time,” Reyna agreed. “It seems like she knew she was in a better place, and she was very grateful. She was nothing but love.”

The surgery brought Lilly one step closer to healing, but some of the sutures still weren’t closing. Mele, who co-authored the book “Dental Implants for Small Animals” and has spent many years devoted to advanced veterinary dentistry, offered to try out a new kind of dental surgery that he believed would help. The third time was the charm: after five months, three major dental surgeries and about $5,000, Lilly’s mouth was healed.

A Garden of Lillys

In the midst of all this, Tucson resident Karen Johnson saw Lilly on PetFinder and fell in love. She and her husband Bob had lost their dog about a year and a half earlier, and they were starting to think they might be ready for a new one. Karen knew exactly which dog she wanted to check out first when they did commit to getting a new one. At their meet and greet with Lilly, Bob fell even harder than Karen did.

Lilly was in between her second and third surgery when they first met her, but they agreed to adopt her, and took her home in late July after her last surgery.

Lilly fit right in at the Johnson’s house. In fact, there are several other dogs in their neighborhood named Lilly, so they augmented her name to “Lilly Girl” to avoid confusion. Karen has developed a special method for feeding Lilly: forming her wet food into little balls, like cookie dough, and arranging it around the edges of a plate. This helps Lilly get her narrow muzzle around individual bites and not mush her nose into the food.

Bob loves the way she’s become so comfortable around them so quickly, and how she follows Karen around like a shadow. Karen loves waking up in the morning and hearing Bob in the kitchen, making coffee and talking to Lilly Girl.

“I just heard that and thought life is normal. Life is the way it should be. We have our Lilly Girl, and she’s part of the family,” Karen said. “I wake up and there’s joy. There’s just pure joy because we have her.”

True or False, Is Animal Fostering for You?

Doggie News From Around the World 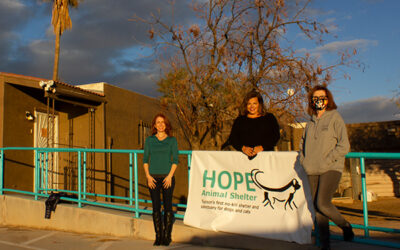 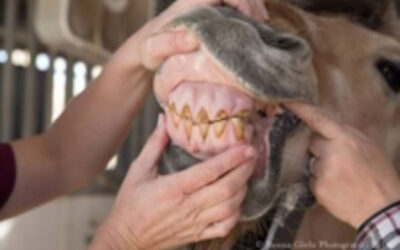 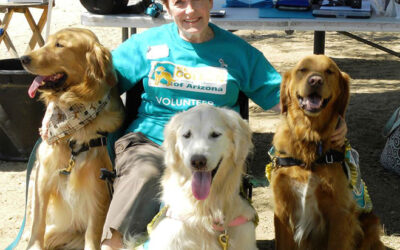