Featured Story: The Tucson Fire Department Saves The Day and the Dog 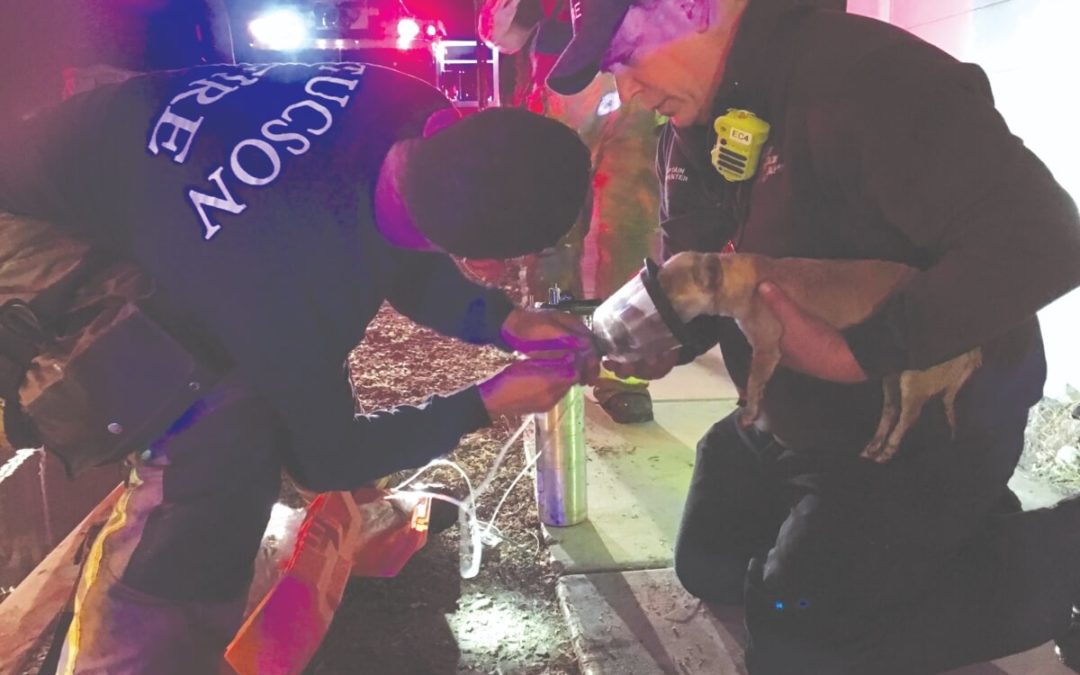 Heroes come in all forms. Firefighters are often near the top of the hero list because they choose to put themselves in harm’s way to benefit others every time they go to work. On the night of March 16, 2018, twenty-three of Tucson’s firefighters again demonstrated their heroism in fighting a fire that started in a garage in the Midvale Park neighborhood of southwest Tucson.

This time, among the saved was a small dog, who would not be alive today were it not for the resuscitation efforts of the Fire Department personnel.

According to the Fire Department’s Press Release: “Firefighters… entered the home to conduct a search for fire extension and occupants. Significant smoke damage was noted throughout the home and the 5 adults who lived there were displaced. …During the search of the home 3 small dogs were found and 2 of them were unresponsive at that time. Fortunately after some oxygen resuscitation using a special oxygen mask designed for animals 1 of the dogs woke up and was returned to the family. Sadly 1 dog did not survive. No injuries were reported and the cause of the fire is still being investigated. A family member explained that recently installed smoke alarms woke them up and alerted them to the fire. The fact that they had just placed the smoke alarms potentially saved multiple lives and gave everyone ample time to exit the home safely. This is one more example of the necessity of working smoke alarms. The money spent on these alarms was well worth it to this family.”

Although we may not think of our furry family members when purchasing smoke detectors, this experience is a reminder of just how valuable smoke detectors are for saving the lives of not only humans, but also our beloved pets. In honor of the hero Fire Fighters, and out of respect for the family who lost a loved one in this fire, the Tucson Dog Magazine asks all of our readers to test your smoke alarms today. 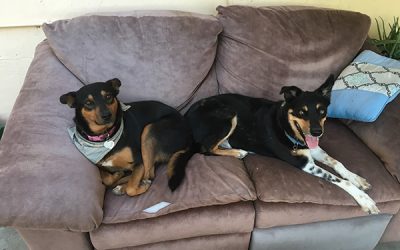