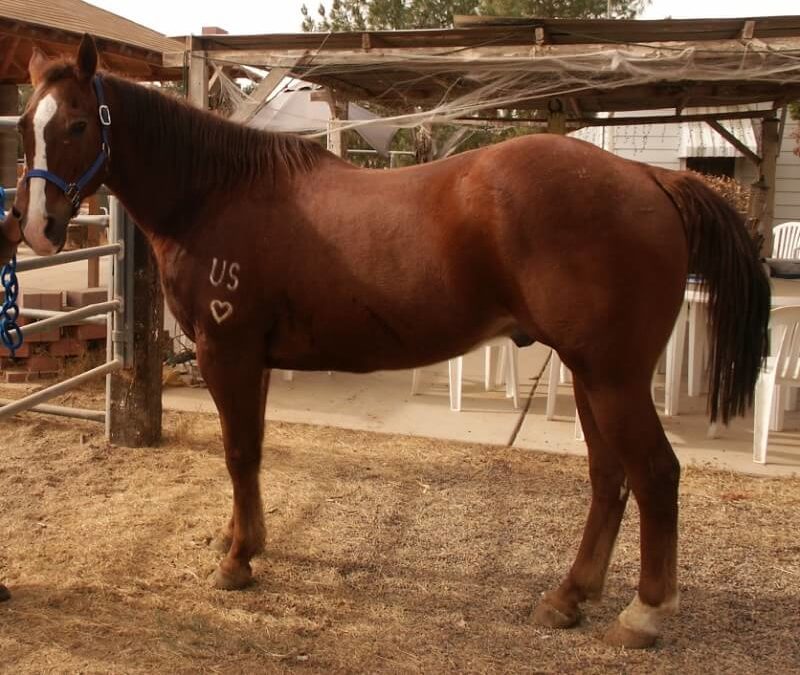 Owning a horse is a massive responsibility. Any horse person will tell you that buying one is the cheapest part; proper care, maintenance, and nutrition costs thousands of dollars each year. This is, however, information that many overlook when considering taking on a horse, evidenced by the alarming fact that 85% of first-time horse owners give up their horses within the first five years. While this statistic clearly spells trouble for many horses, it only begins to scratch the surface when abuse, neglect, and/or abandonment become a horse’s reality.

While we are far from solving this problem, there are those who continue to work to make a difference for these horses. Wildhorse Ranch Rescue (WHRR) began in 1995 when founder and chairman Kim Meagher, along with her two children, began to rescue horses privately. By 2001, Wildhorse Ranch Rescue had attained 501c3 status.

The question is not what does WHRR do, but what don’t they do. Under the blanket of WHRR, several programs operate. One of them, HavasuPups and Friends, partnered with the Humane Society of Southern Arizona, brings unwanted pets from the Havasupai Falls area and shelters and/or rehomes them. The program has taken in thirteen horses from the area, and, working with the community, they have helped to reduce the area’s unwanted dog population by 85%. Kitty City is the group’s cat sanctuary where the animals can await new homes or retire in style.

Among these programs, WHRR is best known for its equine rescue. In addition to taking in unwanted domestic horses, they take in wild horses, retired US cavalry horses, and, after some heroic wrangling on the part of founder Kim Meagher and Payson Forest Ranger Bill Barcus, they provide homes to retired US Forest Service (USFS) equines as well.

This historic victory for equines began as a desperate plea for help from a Forest Ranger on behalf of his two companions of twenty-five years: a horse, and a mule. The problem was that the USFS classifies their working equines as equipment. Legally, when it is time to retire said equipment, the equipment must be auctioned off. “No one goes to the auctions to get an old horse,” explains Meagher. This means that, for the vast majority of the Forest Service’s elderly equines, going to auction is a death sentence. Unwilling to accept this fate for his friends, Barcus reached out to Meagher, and the two began the fight for USFS equines to be allowed to be surrendered to 501c3s upon retirement. The two managed to secure this victory, and it is now policy nationwide.

To date, WHRR has taken in fifteen USFS equines; they expect more as the animals are phased out in blocks. In the meantime, there are plenty of other needy horses that come in from around the state. A special horse, which would come to be named Chief, landed at WHRR after a series of tragic events. Chained to a fence and abandoned in Queen Creek for three days, he was subsequently taken to a ranch that used him as a gelding demo. After that they no longer had use for him, and called a local wildcat park to come and shoot him to feed to the cats. In an unprecedented stroke of luck for Chief, the man who came to euthanize him was a friend of WHRR. Refusing to kill a healthy horse, he contacted WHRR, and Chief finally got a good break.

Meagher remembers that, for the first few weeks, Chief would shake and close his eyes tight, as if he was trying to hide any time a person came into his barn. Chief was also going blind. Eventually, his resilience won out; he began to enjoy contact with humans. Chief also gained a new best friend and “seeing eye horse.” He bonded with a white Mustang named Lady, who patiently led the way on walks around the yard. After all he overcame, Chief was the first horse to receive Arizona Pet Project’s HERO award for his bravery.

WHRR has also taken in a number of wild horses. One group of horses was found in Sahuarita and brought to WHRR. The group included a stallion, two mares, and a foal; the man who found them decided to keep the baby. The mother became sick and nearly died from the trauma of losing her baby, but luckily, WHRR persuaded the man to relinquish the foal, and the mother pulled through. Months later, all of the horses in the group could be haltered. Meagher credits the Parelli natural horsemanship method, which utilizes the understanding of horse behavior, with this success.

WHRR is a place where animals from all backgrounds can come together to heal and thrive. The wild foal brought in from Sahuarita, who was named Romance, even got to be the flower girl at the ranch’s recent “double horse wedding.” The two couples, Ghar and Maddie, and Cinder and Danny, came together through the rescue. These horses formed deep bonds, just like married couples, so WHRR figured they might as well make it official.

These and many other successes are made possible by WHRR staff, and also by the generosity of the public. Wildhorse Ranch Rescue is always in need of volunteers and donors to keep it all going. To find out how you can help, go to: www.wildhorseranchrescue.com, or call (866) 926-8007.

Featured Story: The Tucson Fire Department Saves The Day and the Dog