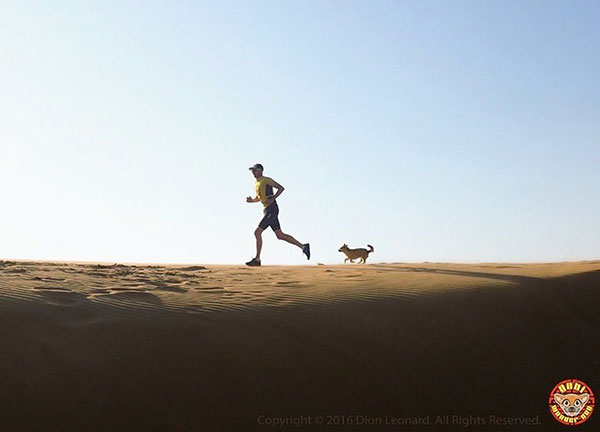 The sand dunes Dion tread in Northern China’s Gobi Desert were barely wide enough to accommodate his own two feet, let alone the four paws that trailed behind him. It didn’t help that the scruffy little dog to which those paws belonged was also nipping at Dion’s shoes. It’s hard to believe that this moment would give way to the mobilization of hundreds of volunteers, international news features, meet and greets with world leaders, three books, a pending Hollywood film, and a lifelong friendship. But it did. The story of Gobi and Dion bridges continents, ages, and mediums to deliver a universally inspiring message: compassion and determination aren’t unique to any one culture or species, but born of our capacity to connect them.

Dion Leonard and his wife, Lucja didn’t always love to run. Improving their fitness was their inspiration for starting the sport recreationally and then as race competitors. After persevering through his first marathon in France, Dion’s next race was an ultra-marathon race in South Africa where he finished 6th. Dion then would travel to China to run a 155 mile race in the Gobi Desert of Northern China. In fact, it was this race that radically changed the trajectory of his life.

At the end of day one of the race Dion noticed a small dog around the campsite. The amused competitors fed her from their limited supply of self-provided food. On day two, Dion was about to cross the Tian Shan Mountains and was met by that same little dog. They took some time to warm up to each other, of course, as the dog had been attempting to chew apart Dion’s running gear. Nevertheless, they grew close pretty quickly, with Dion aptly naming the pup, “Gobi”.

By the end of the race, Dion and Gobi were irrevocably bonded. Besides having completed a race requiring remarkable physical endurance together, they also overcame emotionally trying circumstances when tasked with saving a severely fatigued competitor, ultimately costing them first place in the race. Through thick and thin, Dion and Gobi survived together and had no intentions of parting ways at the finish line.

In order to raise funds to bring Gobi with him to Edinburgh, Scotland, Dion established a crowd-funding campaign. It was a wild success, leading Dion and Lucja to donate all excess funds to organizations that support stray dogs. All was in order for Gobi’s homecoming when, suddenly, the unthinkable happened.
While in Edinburgh waiting for Gobi to be cleared by the Chinese government, Dion received a devastating phone call; Gobi had gone missing. The Chinese city of Urumqi has a population of 3 million people and uses languages completely foreign to Dion. Nevertheless, he booked a flight there as soon as possible, determined to find his dog.

By this time, many international news outlets already had their eyes on Gobi’s heartwarming story, and her disappearance set off waves of support for Dion’s search. In Urumqi, Dion amassed a team of hundreds of Chinese volunteers who, inspired by Dion’s devotion to finding his lost friend, combed the city in search of Gobi.

The experience “helped to overturn so many assumptions” about Chinese treatment of animals, reflects Dion. In this way, reuniting Gobi with Dion did more than bring them back together, it helped people of even vastly different cultures shed their differences and grow closer together as well.

Thankfully, Gobi and Dion were eventually reconnected and now live a happy life in Tucson. Although Gobi has retired from races, her adventures have far from ended. Dion has written and published three books documenting his and Gobi’s story for readers of various age groups to enjoy. The children’s book tells a visual story through Gobi’s eyes while the adult book (a New York Times bestseller called Finding Gobi) addresses themes such as Dion’s traumatic upbringing that compelled him not to leave Gobi behind. The different angles presented across the three books educate about everything from the value of exercise to animal welfare to overcoming adversity. Gobi’s story became so popular that it is also being adapted into a film by Sony Pictures . Moreover, their friendship has led the pair to meet the British Royal Family, president of Slovenia, and several other world leaders and celebrities.

Despite her newfound fame, Gobi has always stayed grounded. She spends her days “lounging around and chilling out”, Dion says. Despite Gobi’s former life as a stray, she fits right in at home. She even has some sibling rivalries with her feline sister, Lara, who has her own book called ‘Lara Runaway Cat’ a fiction book of her journey to find herself and happiness. At the end of the day, though, the two are happy to share a forever home and family.

From the mountains and deserts of China all the way to the sofa of her current Tucson home, Gobi has certainly had an exciting life. Her and Dion’s enduring companionship has touched the hearts of thousands of individuals worldwide, bringing people and pets closer together against all odds. To learn more about Gobi and Dion’s journey and get your very own autographed (and pawtographed) copy of their books, please visit www.findinggobi.com. 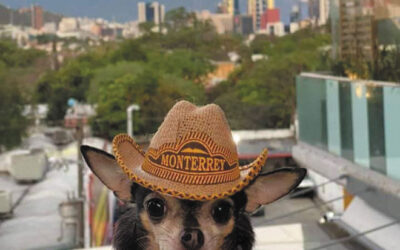 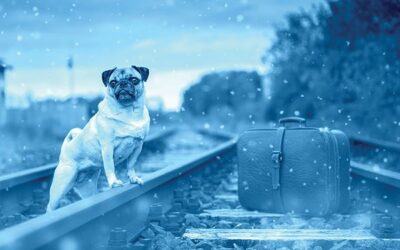