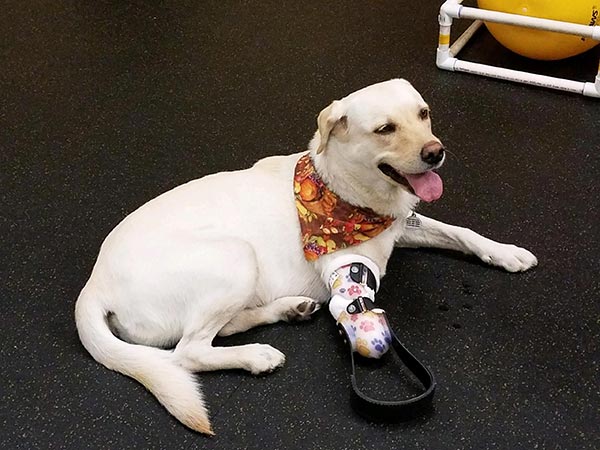 Tales of animals and their amazing journeys home can be harrowing, heartwarming and everything in between. They captivate and touch us, evidenced by the myriad books, films and songs that chronicle them. The story of Athena, a young golden lab, could give these sagas a run for their money, and this is only its beginning.

Athena began life on a farm in central Mexico where she enjoyed every dog’s dream of running free in the country and accompanying her people in their daily work outdoors. All was well for the happy pup, until one day, she didn’t come home from her adventures. The farmer became more and more worried, and frantically searched the farm and surrounding woods for his companion. Finally, to his horror, he found her with her leg caught in a bear trap.

The farmer rushed his friend to the vet, but sadly, her leg could not be saved, and was amputated below the knee. Athena made it through the surgery, but considering her previous misadventure, as well as the fact she was now a special needs dog, the farmer felt that the farm was no longer a safe place for Athena to live.

Because of this, he made the tough decision to turn Athena over to a group of women who dedicate themselves to helping Mexican dogs in need make their way to rescues in the US. To her good fortune, Athena landed with Southern Oasis Labrador Rescue, and Jeanette Wahl, SOLR board member with over 20 years of rescue experience, stepped up to foster her.

Although Athena received the best of care in her foster home, SOLR had even higher hopes for her. The fact that the leg she had lost was a front leg made it much harder for her to relearn walking than if she had lost a rear leg, due to the heavier weight distribution of the head and shoulders. Going out on a limb, they contacted Hanger Clinic. The innovative orthotics company utilizes the latest technology to create customized prosthetics for (human) amputees. They inquired about whether the rescue might purchase a prosthetic leg for Athena, and Hanger offered to do them one better.

Hanger had never created a canine prosthesis, and jumped at the challenge, offering to make one free of charge. When they met Athena for her first fitting they fell in love, leading to a lifelong commitment to support her prosthetics and fittings pro bono. Athena then began to gain some media attention.

People were so touched by Athena’s story, and many showed interest in adopting her. One such couple was David and Margaret Powell. They had lost their cocker Spaniel a few years back and felt ready for another canine companion. David, a Vietnam Veteran, is one hundred percent disabled due to Agent Orange exposure during his deployment. During treatment, he had met a Labrador, and was interested in adopting one of his own. Margaret agreed, so they called foster mom Jeanette to arrange a meet and greet.
Like everyone else who met Athena, the Powells fell immediately in love. They were surprised to find she was so young, considering her calm demeanor. Although they were ready to adopt her, Athena wasn’t quite available yet, due to an upcoming prosthetic fitting. David and Margaret were disappointed, but persistent, and just before Thanksgiving, had something new to be thankful for.

When she joined the Powell family Athena brought so much joy, the three of them forming a symbiotic bond from the start, but she wasn’t always a perfect angel. Despite the missing front leg, Athena did manage a little “counter surfing”; luckily, she’s now crate trained. According to the Powells, Athena, “adapts very well.” This is important in her home life, just as much as in her rehabilitation and prosthesis journey.

Athena is again very lucky in this sense. In addition to her people, David and Margaret, she has her own rehab dream team. This group consists of the people at Hanger, who see Athena once per month, continuing to finetune her prosthesis, as well as Kate Titus, trainer at A Loyal Companion, and Susan Scott of Sabino Veterinary Care. They all communicate to give Athena the most personalized holistic care possible, facilitating the mobility needed to get out into the community.

Margaret Powell has always wanted to work with therapy dogs and plans on taking Athena through obedience and then therapy dog training. “She brings happiness to people who are down. There’s something innate in her,” David remarked. Someone who donates his time to helping other disabled vets, David was set to speak at a local Wreaths Across America event remembering and honoring veterans and service members. Along with the Powells, Athena was in attendance, and drew quite the crowd, people asking, “Is this Athena?” As they spoke with one veteran, he lifted a long pant leg to reveal his own prosthesis, a struggle and triumph he shares with Athena. Perhaps this foreshadows her future work with other amputees.

Athena is named for a goddess who represents many things, notably wisdom, courage, strength and inspiration, and she seems to embody all of them perfectly. She reflects the love and care she has been given and will go on to comfort, inspire and encourage others who have gone through a similarly traumatic loss, proving once again, how often the rescued go on to become the rescuers. We commend Athena for her bravery and thank her for her future service. 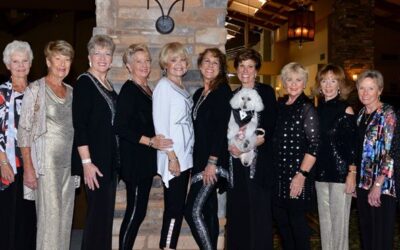 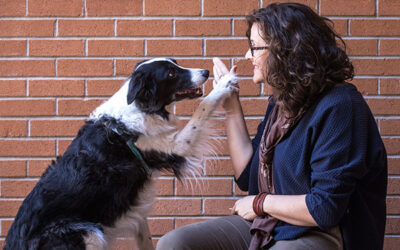 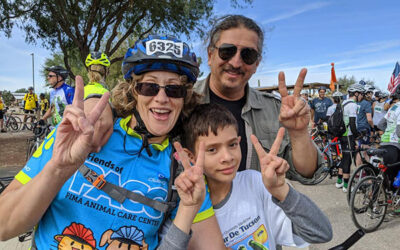