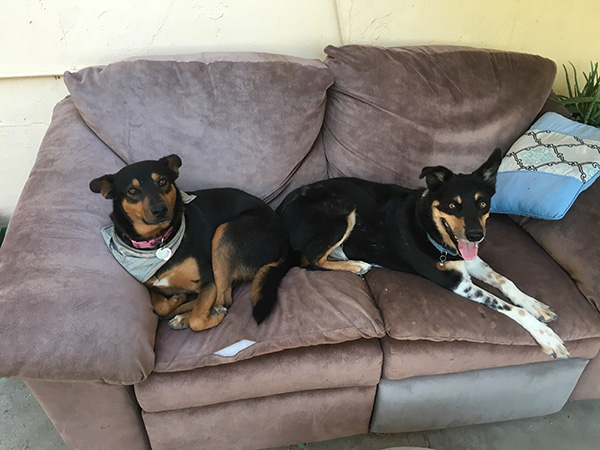 Valley Fever Vaccine is on its Way

The Sonoran Desert is known for its Saguaro and Prickly Pear cacti, its blazing summers, and its outstanding Mexican food. But it’s also a hot spot for Valley Fever, a disease caused by the Coccidioides fungus that lives in the soil of the southwestern United States, as well as a few areas in South America. It affects people, dogs, and some other animals, such as alpacas, llamas, zoo animals, and occasionally cats. Dog owners in Arizona spend more than $60 million a year taking care of dogs with Valley Fever. According to Lisa Shubitz, 60 to 70 percent of all Valley Fever cases occur in Arizona.

Shubitz is a research scientist at the University of Arizona’s Valley Fever Center for Excellence, an organization dedicated to improving understanding, education and research for Valley Fever. In fact, thanks in large part to donations from community members, the center was able to generate enough data to apply for a $4.8 million, four-year grant from the National Institutes of Health to develop a Valley Fever vaccine. NIH awarded the center the grant in August 2017, and the researchers have been hard at work.

Shubitz isn’t just familiar with Valley Fever as a researcher. Between the two off them, she and her mother currently have four dogs suffering from Valley Fever. She lost a dog to the disease earlier this year, and has had several other dogs experience the disease over the years. Not to mention that her mother actually went through a bout of Valley Fever herself when Shubitz was just a kid.

“I spent $5,000 on one dog back in 1998, and that was with my professional discount and all that,” she said. “This disease is horrendously expensive.”

That’s because current treatments for Valley Fever and its symptoms — which include coughing, weight loss, loss of appetite, fever, and lameness–are often prescribed for long periods, ranging from six months to two years to — in the most severe cases — a lifetime. These treatments also don’t completely kill the fungus.

Bonnie Craig, a staff writer at the Tucson Dog, lost her dog Howie to Valley Fever in late 2017. He battled the disease for eight years, and was on and off of medication, which, at times, was as expensive as $200 per month.

There’s no surefire form of prevention either: When dust containing the spores is kicked, dug, or blown up, spores enter the air and can be breathed in. In the lungs, the spores swell into spherules, which enlarge until they burst, releasing hundreds of endospores which can all grow into their own spherules. Spores can even be carried inside on surfaces like your shoes or your clothes–which is how, Shubitz can only guess, her sister’s entirely indoor cat was diagnosed with Valley Fever at 9 years old.

While about 70 percent of dogs who become infected with the virus don’t get sick from it, the ones who do face varying degrees of severity.

“Most of them get better, but if you could prevent them from dying, or from costing you five or ten thousand dollars, it’s seriously worth it,” Shubitz said.

A few years ago, researchers created a mutant strain of Valley Fever that doesn’t cause disease in mice, but causes a very strong immune response—strong enough, in fact, to protect them against Valley Fever infections. Just recently, they’ve developed a new canine T-cell antibody, which will allow them to test blood samples and determine how a vaccinated dog will respond to the vaccine before the dog is exposed to Valley Fever spores. According to their website,

“This test should allow us to predict that the vaccine will keep dogs from getting sick. It will also help us better understand immunology in dogs, such as why some dogs get very sick and others recover with no or minimal illness.”

Shubitz said the local dog community has been overwhelmingly supportive. The first round of the study is only on dogs that haven’t had known Valley Fever, and even then, the center had no trouble gathering volunteers. In early 2020, they plan to be recruiting around 600 dogs for a safety study to test the vaccine.

“The community got behind this and pushed,” she said. “They want this. They want this vaccine, and they’ve been extremely dedicated to this.”

The researchers are currently on track to fulfill the requirements of their grant, which means developing a vaccine by 2021.

And, in a sense, the dog vaccine is only a stepping-stone. Researchers hope that the money generated from the canine vaccine, which will have to be USDA-approved, will help them continue their research to develop an FDA-approved human version.

“It’s pretty neat,” Shubitz said. “You could spend your whole life doing research that’s useful but you never really see an end product in the community helping animals or humans. And if this works for the dogs, it will go to humans.”

For more information on the Valley Fever Center for Excellence, visit vfce.arizona.edu 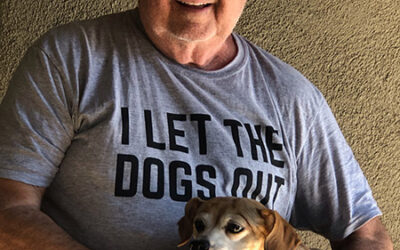 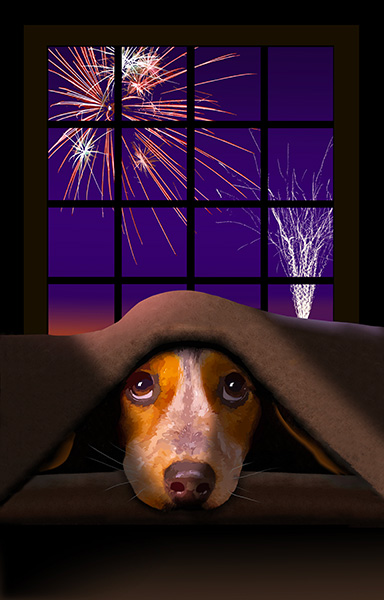