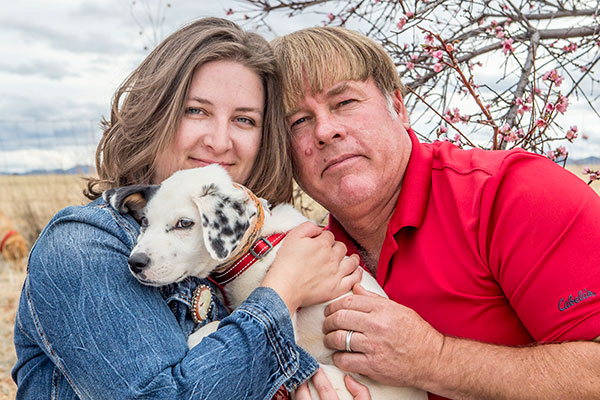 Nestled in the heart of Arizona’s sprawling wine country lies a beacon of hope for southern Arizona’s homeless dogs. Rescued Hearts Cellars is a non-profit operated by Rancho Rossa Vineyards located in Sonoita, AZ. Breanna Hamilton and her husband Chris own the winery and vineyard and are the winemakers. The proud parents of several rescued dogs, Breanna had the idea to raise funds to support local rescues that are caring for critically ill dogs when their latest rescue puppy named George Bailey fell ill.

Adopted by Breanna and Chris in January 2018, George Bailey quickly won their hearts and they named him after a character in their favorite Christmas movie. But a couple weeks after they adopted him, they noticed that he was not feeling well. They rushed him to an emergency vet in Tucson and within thirty-six hours they got news they weren’t ready for. George’s kidneys were failing, and he needed emergency dialysis right away. But the only place that he could receive that treatment was at a specialty animal hospital in San Diego. So, in the middle of the night, Breanna and Chris drove George to San Diego so he could get the dialysis that would save his life.

George ended up staying in the hospital there for a month. Unfortunately, during this time his kidneys did not improve. It became apparent that George’s kidneys were failing. The vet there informed them that dogs generally don’t do well with kidney transplants and regular dialysis for him was not a good option. So, the decision was made to give him one more round of dialysis and bring him home so he could spend his last few days there with them at the vineyard.

Breanna was determined to make his last few days as fun as possible. She said that they had a week of fun puppy stuff. They went to the lake in kayaks, they ran around the vineyard, and George had a ton of fun. One week later they had to say goodbye to George for the last time. Breanna had a particularly hard time adjusting to his loss. It was the first time that she had lost an animal and she was devasted, especially since they had fought so hard to save him. Breanna, reflecting on how she felt back then, stated that “I pretty much said ‘OK, I’m done, I don’t want to do anything.’” In her grief, she retreated from the winery. She hired someone to operate the tasting room and had a hard time even coming in to check on things. After four months, at her husband’s urging, she realized that she needed to come back to work. But she knew that the only way she could feel good about continuing the business was if they devoted part of the winery to support other animals that might find themselves in desperate need of medical care like George. So Rescued Hearts Cellars was born.

Their main fundraising campaign is not the only work that Rescued Hearts Cellars and Rancho Rossa Vineyards does to support southern Arizona’s homeless pets. One Saturday each month the winery does what they call Support A Rescue. On that day, an animal rescue comes to the winery and brings pets that they have up for adoption. On Support A Rescue Saturdays, donations from the sales of ALL their wine, not just the Rescued Hearts label but their main Rancho Rossa Vineyards label as well, is donated to that rescue! Visitors to the winery on that day can both taste delicious wine and meet and interact with dogs that are still in search of their forever homes. Due to the restrictions set in place during the pandemic, they were not able to host this event in 2020 but they will be starting the event again in 2021. In 2019, this event raised $16,000 for local rescues! They will be starting this event again as soon as they can. Contact the winery for more details about their next event date.

Rescued Hearts Cellar’s main fundraising goal for 2020 was to raise $20,000 and they hit their goal right before the end of the year! In early 2021, Breanna will get the word out to local rescues that they can apply for grants to begin to receive these funds. This year the winery will have thirteen different wines available for sale bearing the Rescued Hearts Cellars label. So not only can you enjoy delicious wine, but you can feel great knowing that every dollar from that tasty bottle will go toward caring for a dog in need.

For more information about the important work that Rescued Hearts Cellars is doing or to learn more about their wine and mission, contact Breanna Hamilton at rescuedheartscellars@gmail.com.
https://www.ranchorossa.com/rhc, (520) 455-0700 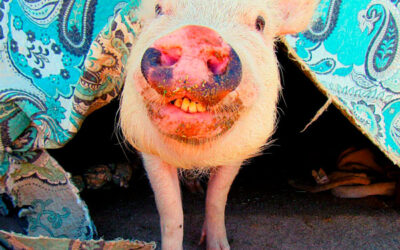 Checking in with Ironwood Pig Sanctuary 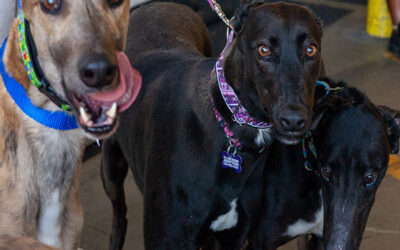 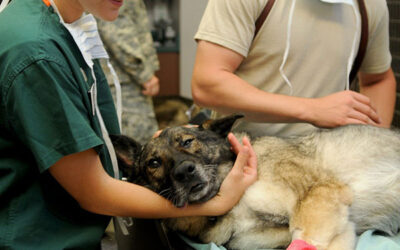