Come One, Come All: WOOFstock is Near 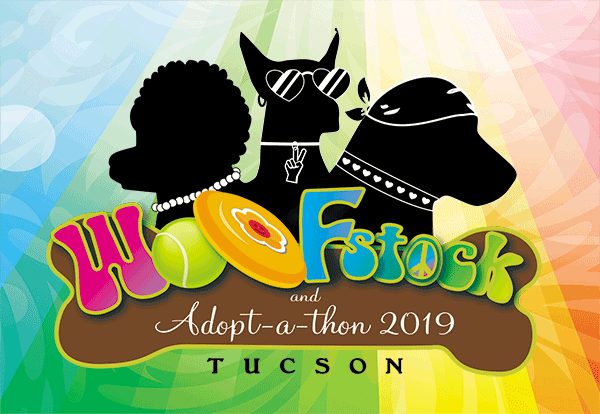 The Tucson Dog Magazine is excited to invite the community to a fun-filled day of Peace, Love, & Adoptions at our First Annual WOOFstock Adopt-A-Thon. The event will be held at the bandstand in Reid Park on Sunday, March 10th from 10AM-4PM.

2019 marks the 50th anniversary of Woodstock, the iconic music festival that defined a generation and forever altered the landscape of concerts and festivals. WOOFstock aims to forever alter the lives of rescue and shelter animals, while providing a veritable playground for humans and canines alike.

The day’s line-up includes: a blessing of the animals by St. Mark’s Church, costume contests for humans and canines, best trick/talent contest for the canines, canine demonstrations including the Tucson Police Department K9 Unit, Phoenix Area Disc Dogs, food trucks, a parade of adoptable dogs throughout the day and dog adoptions on Adoption Alley. Low-cost vaccinations and microchips will be available onsite, presented by The Humane Society of Southern Arizona and by No Kill Pima County.

All of this is made possible by our fabulous vendor-sponsors. You’ll find a broad array of goods and services at the many booths throughout the event, including lots of free samples and retail items.

Best of all, dog-loving local radio personalities Larry Mac & Frank of 96.1 KLPX’s Frank Show and Meredith Dunkel of 94.9 MIXfm will be onsite to host the event.

Larry Mac has worked in radio since 1985 and he slips easily into the role of Ring Master. As the Operations Manager at Arizona Lotus, Larry is involved in every aspect of running the show. He, alongside Frank of the Frank Show, will be the Master of Ceremonies for the morning at WOOFstock, from 10 AM to noon.
As a child, Mac always had pets, with a 2-dog minimum! The dogs included West Highland and Scottish Terriers (Frosty & Shutty), two Chihuahuas (Bingo & Faker), and his favorite childhood pet, a German Shepherd/Collie Mix named Duchess. Now the father of a rescue Pug named Sophie, Larry is a dog dad extraordinaire. When Larry, who owned two cats, and his wife, who owned a Lhasa Apso, decided their family’s first dog together should be a Pug, they searched high and low for a dog in need of rescue. Sophie, then just a few months old, came from Surprise, Arizona. She’s now the queen of the roost at 9 years old. Larry hopes to find Sophie a larger furry companion at WOOFstock. His favorite band, Pink Floyd wasn’t at the original Woodstock, but his favorites from the show were Jimi Hendrix and Crosby, Stills, Nash & Young.

If Frank of The Frank Show’s on-air presence has ever made you wonder about the man behind the mike, WOOFstock is your chance to meet him! Frank Brinsley grew up in the Midwest, the son of a preacher. He started working in radio at 15 years old, when a high school teacher helped him get a part-time gig at the newly opened Christian radio station in his hometown of Ashland, Kentucky. Since then, Brinsley has appeared on the radio in Memphis, Tampa, New York City (where he worked with Danny Bonaduce) and Tucson. While he may not outwardly be the tie-dye type of guy, he is frequently seen sporting Birkenstocks, a nod to the Woodstock era.
Brinsley brings his love of 60s era music to his role as co-host, alongside producer Larry Mac, to the morning of WOOFstock. He has fondness for the music of Crosby, Stills, Nash, and Young, but especially for the solo work of Neil Young. Brinsley was thrilled to share his recently arrived lithograph from “Songs for Judy.” As much as he loves music, Frank might love animals even more.

When he was in third grade, Brinsely came home one day to find a “Lassie” dog that his parents had adopted from the pound. The Collie’s name was Skipper. When his family moved, they were forced to re-home Skipper. Many years later, Frank’s disappointment at loosing Skipper was still palpable. Brinsley “spent [his] adolescent years sad about Skipper and wanted to make up for it.”

From his love of the Pomeranian his wife, Allison, had when they met, to the adoration he has for the family’s current rescued dogs, Buddy and Ruby, you could say that Frank has made up for Skipper in spades. Since early childhood, kindergarten teacher Allison has had animals follow her home. She is arguably the driving force behind the Brinsely clan’s foster operation. Two of the family’s standout foster cases were a pair of kittens with severe upper respiratory infections, and a 12-year-old Pitbull named Walter who had a massive tumor that had to be removed from his rear flank. All of the animals have come from Pima Animal Care Center. One reason the Brinsleys foster is to help teach their sons, Sam and Charlie, empathy and responsibility.

Afternoon host, Meredith Dunkel is also a dog-lover and a big fan of Woodstock music. Among her favorites are: Janis Joplin, Crosby, Stills, Nash & Young, Jefferson Airplane, Joe Cocker, and Credence Clearwater Revival. She’ll be on the lookout for a potential addition to her fur family while at WOOFstock. A graduate of Southern Illinois University at Carbondale, Meredith’s career has taken her throughout the United States. She’s been on the radio in Chicago/Carbondale, Milwaukee, Austin, Tucson, Minneapolis, Phoenix and Albuquerque, before returning to Tucson.
Meredith is no stranger to hosting dog events. When she worked in Albuquerque, she served as MC and judge for the community’s Doggie Dash & Dawdle. She’s also the pet parent of the adorable Matzoball, named for a traditional Jewish soup delicacy. When Meredith first met her husband Matt, he owned a cat named Meatball. Sadly, Matt developed severe allergies to Meatball, and was cautioned by his doctor that he needed to find Meatball a new home in order to continue breathing comfortably. With a beyond heavy heart, when it came time for the couple’s next move, Meatball stayed behind with friends. While Matt mourned the absence of his furry companion, Meredith took to researching hypoallergenic pet options.

Once they were married, and their daughter Clara was three years old, Meredith and Matt started looking for a hypoallergenic dog to adopt from the local Humane Society in Minneapolis. They went to the shelter weekly, to no avail. After six fruitless months searching, a friend told them about a puppy in Wisconsin that needed help. Nobody wanted him; he was the runt of the litter, and he had an abdominal hernia, which would require surgery in the near future. However, being a Labradoodle, the puppy met the most critical requirement: he was ypoallergenic.

They decided to just meet the puppy, and the rest is history. “He jumped on my lap, and was good with my kid. I knew in that second,” said Meredith. Matzoball has become a second child. “I have a kid now, but I have the same feeling when I look at him. Is that weird?”

No, Meredith, that’s not weird. That makes you a DOG PERSON, and the perfect host for an afternoon at WOOFstock!

Thanks to our exclusive Radio Sponsors, 96.1 KLPX and 94.9 MIXfm and our incredible hosts, Frank, Larry Mac & Meredith. We also need to thank our fabulous Title Sponsors: Adobe Veterinary Center, Holy Cow Tack, Feed & Pet, Creature Comforts Pet Resorts and also to Friends of Pima Animal Care Center for sponsoring Adoption Alley where you can find all our lovable dogs for adoption.

There are still special Sponsorships and booths available for the event, so if you are interested in being a part of WOOFstock, Tucson, please, email Ann at ann@thetucsondog.com

We look forward to seeing everyone at WOOFstock. Be sure to stop by The Tucson Dog’s booth to say hello! While you’re there, don’t forget to register for great contests and prizes! 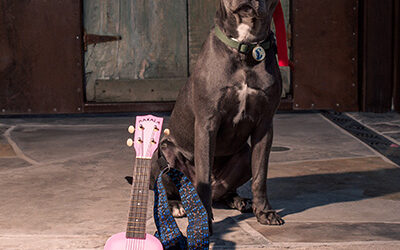 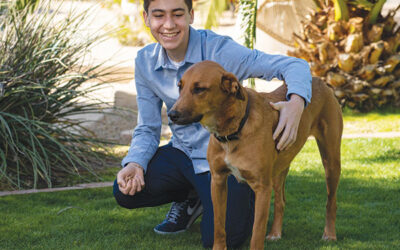