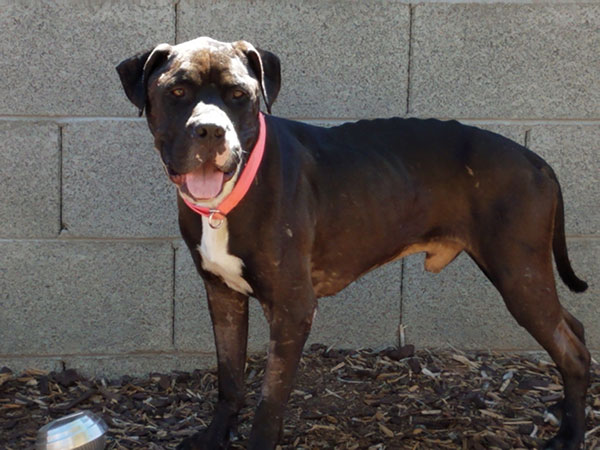 Sometimes it’s the size of a rescue organization’s network that can make all the difference in a homeless dog’s life. In this case it was one of a rescue’s foster volunteers that alerted the rescue to a lost dog. One of Yavapai Humane Trappers (based in Prescott) foster volunteer’s mothers lives here in the Tucson area and had found a Pitbull mix that had wandered onto her property and was hiding out under her car. She immediately called her daughter, who is the foster volunteer. Katrina Karr, who operates the search-and-rescue part of the organization, answered the phone. It was this one phone call that made the difference between life and death for Titan.

It was late August when Karr got the call about the lost Pitbull mix who would soon come to be known as Titan. After calling several Tucson rescues and finding that most of them were full and unfortunately just unable to assist right then, because of Titan’s terrible condition, they made the decision to immediately drive down in their search-and-rescue van to pick him up themselves.

What they found was a dog in need of immediate medical attention. Titan was in dire shape. Due to his extremely low sodium levels he was convulsing and having seizures. Additionally, his eyes were so swollen shut that he couldn’t see, and his mouth was full of cactus needles. Katrina and her crew immediately took him to a local Tucson emergency vet when it became clear that he might not survive the drive back up to Prescott to their regular vet. He spent two days at the emergency animal hospital where he was treated for multiple conditions. Under this medical supervision his condition stabilized enough that he was able to be transported back up to Prescott to their regular veterinarian where he would spend an additional nine days being treated for his wounds and injuries.

After his initial recovery at the veterinarian, Titan was placed in one of Yavapai’s foster homes. Karr stated that it took about a month for him to begin wagging his tail again and it will be several more months before he’s back to normal and in good enough health for adoption. He still gets regular check-ups at the vet to make sure his blood counts are normal and improving. How long animals spend in Yavapai’s foster care network generally depends on the animal themselves. Sometimes, animals are like Titan, in very bad shape and needing a lot of extra care and other times they might spend as little as a week and a half in foster care.

Yavapai Humane Trappers is an animal rescue based in Prescott. But while they may be based there, they travel far and wide picking up lost, stray, and homeless animals. For example, they recently brought in thirty-two dogs from the Navajo Nation, one of which was a mother with puppies running along the highway. Also included in that count were four other sets of litters and two dogs with broken legs. In addition to Prescott, they operate in towns such as Show Low and Winslow, and now, thanks to Titan, also here in Tucson. Their all-volunteer organization is made up of about thirty people who donate their time to search-and-rescue and transport, and up to about sixty-five foster volunteers who foster the lost animals until they can be placed in their forever homes. Katrina Karr is the main trapper and main search-and-rescue person for the organization.

Yavapai Humane Trappers has been in operation a little over two years. They are a 100% volunteer-based organization. It’s through the dedication of these volunteers that they can continue to do their important work of saving homeless and lost animals. They are also a purely donation-based organization, with all of the funding they need for their search-and-rescue operation and the continued veterinary care and food for their foster animals coming from donations.

Karr stressed the importance of fostering to their organization. They rescue many scared, sick, and injured dogs that possibly wouldn’t be able to recover without the care that fostering can provide. Karr said of the scared and timid dogs they rescue that, “them being in that home type of environment around other dogs is huge. It helps them come out of their shell,” a shell that may have been built up from weeks or months living without a home. Fostering allows the dogs to get used to normal life again and prepares them for living in their forever homes.

Today, Titan is doing great though he still has a long road ahead. He’s gaining weight in his foster home, gaining back much of his personality, and, according to his foster mom, turning into a rascal! When he fully recovers, he’ll be placed in a forever home that Yavapai Humane Trappers finds for him. The organization mainly finds forever homes for their foster pets via word of mouth and social media. They are listed on Petfinder.com and have an active Facebook page where they list dogs that are available.

To donate to Yavapai Humane Trappers to help them continue their work, or to even volunteer to be a foster parent, call Katrina Karr at the number below or contact them through their Facebook group page. It’s the work that rescues such as Yavapai and all of their volunteers do that made all the difference for Titan. 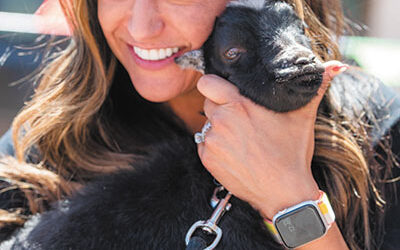 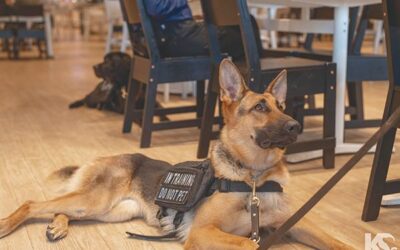 Changing The World, One Service Dog at a Time 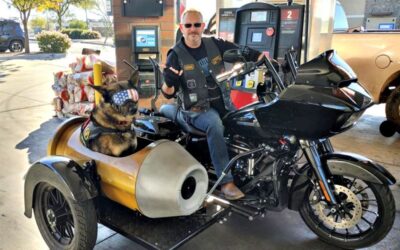