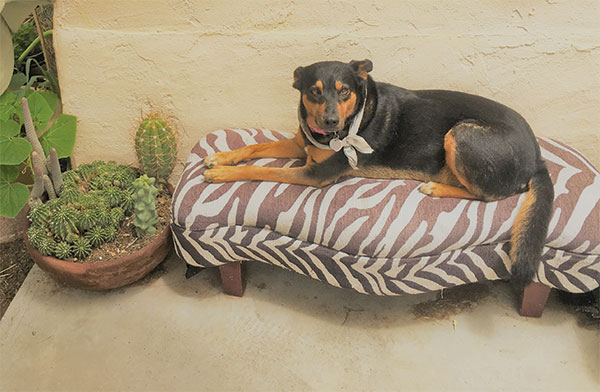 Tucson is a city of animal lovers. We have amazing rescues ranging across so many species and breeds. We are home to dozens of dog rescues alone. Rescues like Tucson Cold Wet Noses (TCWN) take in any and all breeds. What sets them apart is the fact that they most often cater to special needs dogs.

Dogs are the most common of service animals, but what about dogs with special needs? Who helps them, and what happens when they end up in shelters? Unfortunately, the odds are often not in their favor, and while places like Pima Animal Care Center (PACC) do absolutely everything they can for them, their resources don’t always extend quite far enough. For many of these dogs, a shelter environment is not conducive to their wellbeing, and people are less likely to adopt them, especially when shelters are brimming with younger, healthier dogs.

This is where Tucson Cold Wet Noses comes in. They pull dogs almost exclusively from county and Humane Society shelters. Older dogs or dogs with chronic issues such as Diabetes, Valley Fever, seizures, or behavioral issues have a real advocate in this group. Since 2006, when co-directors Terri Goddard and Signe Razzi created the 501(c)3, TCWN has rescued between 2,500 and 3,000 dogs, many of whom are seniors, special needs, and/or hospice cases. These dogs all have remarkable stories, many of them starting tragically, but TCWN continues to provide them with happy endings.

Daisy Duke has known more than her share of hardship. Her foster mom, Sara Thomas, thinks the beautiful Redbone Coonhound is around six years old. Daisy was originally rescued from the euthanasia list at Pinal County Animal Control. Unlike many of TCWN’s other fosters, this was due to nothing more than overcrowding in the shelter, and the fact that she had been there too long. Not long after her rescue, at an adoption event at PetSmart, an employee fell in love with Daisy and decided to adopt her. They were a perfect fit. Her adopter was epileptic and trained her to be a seizure alert service dog. Sadly, this happy time for Daisy was short lived.

After a year and a half in her new home, Daisy’s person passed away from a seizure. She tried to help him, but to no avail. After three days of her persistent barking, someone finally heeded Daisy’s plea for help and discovered the situation, and so she was uprooted again. Daisy landed in another foster home, was adopted out, and ran away. She evaded capture for three days, until finally, a kind stranger opened up his car door, and in she jumped. Her last home didn’t want Daisy back, but as luck would have it, the kind man in the car took her home to his father who had Parkinson’s disease. Every time the tremors associated with that condition came on, Daisy would go to him and lay her head on his chest. Daisy adapted well, her personality and intelligence showing through her sadness and trauma. The man would always wear a hat when he went out, so Daisy learned to go and get the hat when she wanted to go out. Unfortunately, change, the only constant in Daisy’s life, was coming once again.

While loyal, smart and sweet, Daisy simply proved too strong for the ailing old man, and was returned to foster with Sara Thomas. She was adopted once more by another epileptic person, but they didn’t bond, and Daisy no longer seemed to notice seizure activity, or perhaps she had just given up, so back to Sara she went, and remains, still holding out for the home that might finally keep her forever.

Sara said Daisy was sad and shut down when she came back to her this most recent time, but has come back around. Sara and the others at TCWN now agree that Daisy is retired as a service dog. It’s time for her to be just a dog now. She loves to play with her ball and tug toys, and is great with kids and other animals, although, as Sara says, she is an “Alpha Wannabe”, so needs firm guidance from her people. This dog is completely adoptable, unlike many others in foster with TCWN.

Many of the dogs in foster with TCWN will live out their sunset time with their foster people, getting the comfort, care, and relaxation they may not have had in their previous lives. For this reason, TCWN is doing fewer and fewer adoptions, which leads to the lack of adoption fees coming into the rescue. These fees help to balance the often exorbitant vet bills racked up by rescues, especially those specializing in special needs animals.

Despite this setback, Tucson Cold Wet Noses continues the work they are so committed to, making the world a little better, one dog at a time. Terri Goddard says, “We are blessed. We are just grateful for all the past, present, and future donations and support we get.” TCWN is always in need of great fosters, and monetary donations. They are also in need of leashes, harnesses and new dog beds.

For more information, to donate, or to apply to foster or adopt, go to www.tucsoncoldwetnoses.com.

Feature Story: Barbara Bridges: A Champion for Dogs and Founder of K9 Heroes

Cover Story: Every Greyhound Gets A Silver Lining 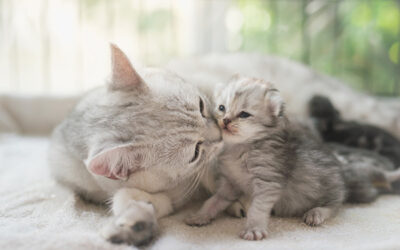 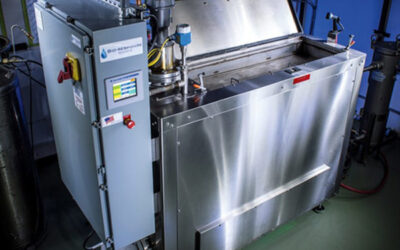