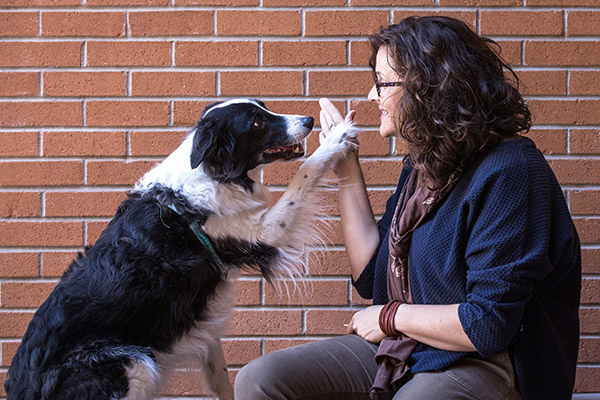 Story by Rebecca West,   Photos by PACC
How do you relieve a shelter dog’s stress levels? The answer is actually quite simple: through canine foster programs and things like weekend or holiday sleepovers. As it turns out, removing animals from noisy shelters and placing them in home environments has a significant impact on their cortisol levels. Cortisol is a hormone involved in the stress response system in both humans and animals, so eliminating stressors in the dog’s daily life can reduce those levels.

In order to gather this type of evidence, companion animal scientist Lisa Gunter, Ph.D., CBCC-KA, and Maddie’s Fund Research Fellow at Arizona State University, is conducting a study in conjunction with Pima Animal Care Center (PACC) to determine just how big of an impact weeklong fostering can have on the health and welfare of shelter dogs.

Lisa works in the ASU Department of Psychology and conducts research in the Canine Science Collaboratory. She’s worked for nearly a decade with pets in animal shelters as well as canines and their pet parents. Her goal, to better the lives of companion animals and their owners, is the driving force behind all of her work, including Wagfield Academy — an online dog training and behavior resource for owners — and The Institute for Shelter Dogs.

We had the opportunity to speak with both Lisa Gunter and Nikki Reck, PACC’s Public Information Officer, regarding the investigative study and its goals. While it’s still ongoing, what they’ve observed so far is pretty self-evident: canines do better in home environments until they can be placed in forever homes, no matter how well run or equipped shelters or rescues happen to be.

At this point, the study is only about halfway through its investigation. While PACC’s participation occurred in July and August of this year, they were merely the Western component of the effort. In October and November, the remainder of the research is being conducted on the East Coast at the Charlottesville Albemarle SPCA, where they’ll be collaborating with researchers at Virginia Tech.
For PACC’s part, 41 dogs were fostered as part of the study and followed for 17 days. Once dogs were enrolled, urine was collected for five days prior to fostering, seven days during fostering, and another five days post-fostering upon return to the shelter. Cortisol and creatinine analyses are conducted through non-invasively collected urine samples, so the research team and fosters became experts at capturing pee during that time. The canine participants also wore activity collars known as accelerometers during the course of the study, which captured their activity in the shelter and foster settings to better understand their experience.

We asked whether they used a pool of foster caregivers that routinely work with PACC or did they have to recruit them, and we were told it was a combination of the two. We also wanted to know how the dogs were selected. Was it based on age, breed, circumstances, their surrender dates, etc.? The answer was that all types of breeds, ages, and sizes were admitted. PACC, by the way, was approached about participation in the study due to their amazing reputation, high intake levels, and relentless foster efforts.

Beyond answering the question about whether fostering can be a better alternative to a kennel in a shelter or rescue environment, PACC is also gaining valuable insights from the foster caregivers regarding an animal’s behavior in a home setting to share with potential adopters. This type of information can go a long way toward ensuring the animals and the adopters are a good fit for one another, reducing surrenders and return to shelter life. And that, after all, really is the goal.

According to Nikki, “Studies like these are great for the animal welfare world, as we’re able to learn so much from them, and it helps us be better at our jobs where the animals are concerned. We were so excited to be chosen for inclusion in the study. It’s such an honor to be one of only two shelters nationwide that was selected. We loved that it was a noninvasive study where no animals were hurt or placed in uncomfortable situations. Honestly, it was a no-brainer for us to get on board.”

The research team behind the Arizona State University/Virginia Tech Maddie’s Nationwide Foster Study has been helping shelters with field trip, sleepover, emergency, and safety net fostering programs since 2018 and has worked with more than 100 shelters across the country during this time. At the beginning of next year, this latest study should be completed, and the results published later on in 2022.

We’d like to thank both Lisa and Nikki for taking time out of their busy schedules helping companion animals to live their best lives by answering our questions. If you’re able to foster, visit PACC at webcms.pima.gov/cms/One.aspx?pageId=215125. They are currently overwhelmed with pets that desperately need fostering or adoption. They also have special classes in the works for fosters, and they’ve fine-tuned an Amazon Wish List, if you’re able to help that way. 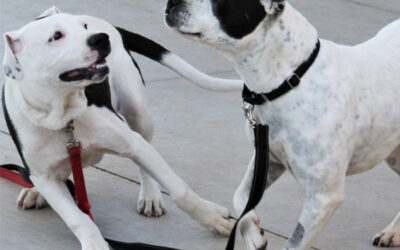 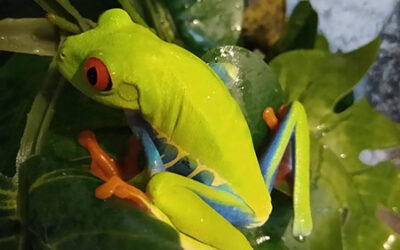 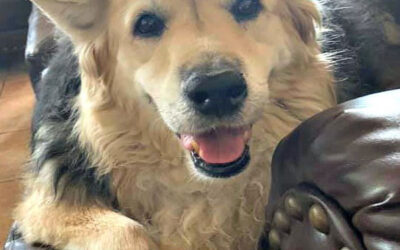